Moviescreens Technologies GmbH is a member of the Moviescreens companies within the marja group GmbH. 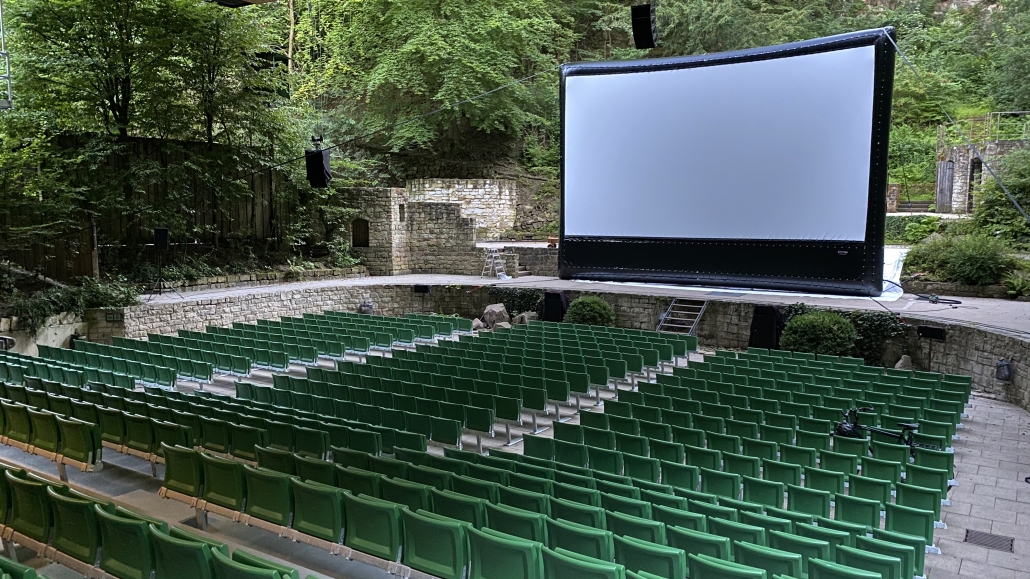 The cradle of “pop-up cinema”:

Cinema is a special experience. In the mid-nineties, cinema owner Alexander Thye also wanted to ensure this for his first “open-air”. After much planning, he had a monumental, inflatable Screen was manufactured for his event. Based on his experience, he laid the foundations for the MOVIESCREENS companies, which since 1996 have been involved in the development, rental and sale of inflatable screens as well as complete outdoor cinema systems.

Today, Moviescreens Technologies GmbH has just developed and manufactured these inflatable screens and accessories for global customers. To ensure the highest possible quality, the inflatable frame is, without exception, designed and made in Germany. In addition, the company is constantly interested in supplementing its product portfolio with further innovations that fit the needs of its customers.

With airscreen Corporation in Miami, Florida, USA, Moviescreens Technologies has also been represented in the USA since 2017 with a subsidiary for the distribution of cinema technology.

The parent company marja Group, headquartered in Bremen, comprises not only the movie screens companies but also other companies for the operation of cinemas as well as catering facilities, advertising and event organization. 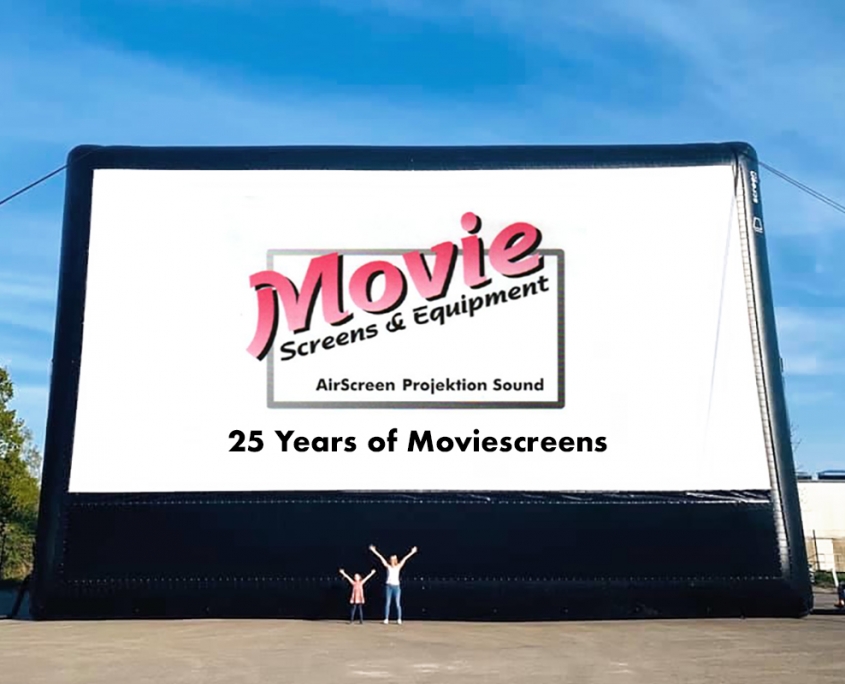 In January 1996, Alexander and Christoph Thye, together with Günter Ganzevoort founded the company Movie Screens & Equipment GmbH, based in Damme, Lower Saxony.

One year earlier, Alexander Thye and his father Albert Thye, who at the time ran the Dersa Kino Damme together, had the idea of ​​expanding their cinema offering to include open-air screenings and of using inflatable screens developed by their business partner Günter Ganzevoort. These were made out of a frame of air-filled cushions supporting a projection screen that could quickly and easily be erected and dismantled outside. They purchased the second-ever inflatable screen built by Günter Ganzevoort and organised an open-air cinema at the airport in Damme. It was a resounding success.

It was immediately clear to Alexander Thye that this was a concept that could be developed beyond Damme and Germany. As the expression “Luftbildschirm” was too unwieldy and would not be understood internationally, he simply changed it to “Airscreen”. With this change Alexander Thye managed to win over his brother Christoph. Together they persuaded Günter Ganzevoort to form a company with them to sell and rent out the products he developed – Movie Screens & Equipment GmbH. The film magazine “Filmecho” reported on this in its 6/1996 edition. Later Christoph Thye and Günter Ganzevoort left the company.

In 2003, Movie Screens & Equipment GmbH started successfully exporting internationally, including to the USA and Mexico. Since then the concept of the inflatable screen – christened the “Airscreen” by Alexander Thye in 1995 – has established itself worldwide. Then as now, a number of different manufacturers offer products using this concept, including those made by Alexander Thye’s cousin, Christian Kremer, whom Thye brought into the sector and with whom he founded The Airscreen Company GmbH & Co. KG. There then followed a few years together in Münster before they went their separate ways. Today, each of the cousins manufactures and markets their own products. Alexander Thye through, among others, his now renamed company Moviescreens Rental GmbH, and the affiliated Moviescreens Technologies GmbH, founded in 2015. Since 2015, the Moviescreens group of companies has been designing and manufacturing its own inflatable screens and accessories for the most part in Germany and Europe.

In January 2021 Moviescreens Rental GmbH celebrates its 25th anniversary and at the same time, on account of the pandemic, a very high demand for open-air and drive-in cinemas. There are few companies that have such a long history, and such a wealth of experience and expertise in this field.

The press release can be downloaded here.